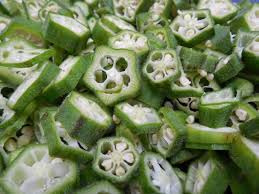 Regular intake of okra soup could provide novel 'cure' for diabetes, breast and prostate cancers, stomach disorders, prolonged labour during childbirth and goitre (caused by iodine deficiency). However, okra may not be very good for males who are still producing children especially those that have previously had infertility problems. CHUKWUMA MUANYA, Assistant Editor (Head Insight Team, Science and Technology) writes.

Commonly called okro, okra or Lady's fingers in English; the French call it gombo or gumbo and to the Portuguese it is quiabo, quiabeiro or quingombo.

Scientifically known as Abelmoschus esculentus, okra belongs to the plant family malvaceae. In Nigeria it is called ikhiavbo in Edo, etigi in Efik, ikhiabo in Esan, okmi in Gwari, bera or dan dawan betso in Hausa, oro kpoloko in Igala, atike in Ibibio, okwulu or okwuru in Igbo, ihaa in Isoko, dena in Jukun, gebalgo in Kanuri, kpanmi roko in Nupe, ishavbo in Urhobo, ila in Yoruba, among others.

Can okra help reduce symptoms of diabetes – a group of diseases that includes type 1 diabetes; type 2 diabetes, and gestational diabetes?


The study was aimed to study the anti-diabetic and antihyperlipidemic potential of Abelmoschus esculentus peel and seed powder (AEPP and AESP) in streptozotocin (STZ)-induced diabetic rats."

A newly discovered lectin in common okra was shown to kill up to 72 per cent of human breast cancer cells (MCF7) in vitro, mostly by inducing programmed cell death (apoptosis). The okra lectin was also shown to slow the growth of the breast cancer cells by 63 per cent. Note that the lectin is found in okra seeds, and researchers in this study obtained their lectin by water extraction from okra seed meal. This anti-cancer lectin was only discovered in 2012, and interestingly, also possesses anti-inflammatory and anti-nociceptive (pain relieving) properties, which makes it a very interesting compound for future research.

The researchers in this study noted that the lectin compound is a "potential therapeutic to combat human breast cancer." But don't scrape out the seeds and throw away the rest of the pod, because another component of okra also has demonstrated anti-cancer properties, namely the pectin. 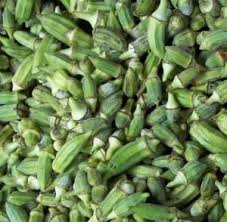 Okra pectin is found just under the skin of the pods, and scientists have discovered it contains very unique compounds (highly branched rhamnogalacturonans), which have never before been observed in other pectins. Perhaps it is the newly discovered compounds that are responsible for the effectiveness of the pectin against melanoma.

In a recent study conducted by French and Dutch researchers, the pectin inhibited the proliferation of highly metastatic mouse melanoma cells (B16F10) by 75 per cent after 48 hours of treatment and also increased the rate of programmed cell death (apoptosis) by nearly 23-fold. The researchers also discovered that the pectin triggered apoptosis by interacting with Galectin-3. This is a similar mechanism to what is observed with the well-known compound Modified Citrus Pectin, and it is very interesting that okra pectin does not have to be modified in any way to have this effect.

The two studies above show clearly that two different components of okra (pectin and lectin) have potent anticancer properties, therefore, as usual, we are probably better off consuming the entire edible portion of okra if one wants to maximize its anti-cancer benefits.

A recent cohort study carried out in the United States found that men eating a Southern dietary pattern (characterized by eating okra, grits, cornbread, beans, rice and sweet potatoes) experienced 40 per cent less prostate cancer than those not eating such a diet. Although the result bordered on statistical significance, this was a fair-sized study, which followed nearly 3,800 men for ten years. What is truly fascinating about this study is that, apart from okra, beans and sweet potatoes, the Southern eating pattern was actually not a very healthy diet, and contained high portions of red meat and bacon which are both known to increase cancer risk. Moreover, the Southern eating pattern protected men from prostate cancer much more than a vegetable and fruit rich diet did, even though it contained 24 per cent less fruit and vegetables (29 servings weekly on the Southern diet vs. 38 servings weekly on the fruit & vegetable rich diet).

Also, a team of Swiss and German researchers has found that okra juice may in fact help to prevent Helicobacter pylori, a bacterium that can cause stomach ulcers and cancer, from sticking to the stomach wall.

Previous studies have recorded the presence of iodine in the leaves and stems of okro plant, with greatest concentration when the green coloration is most conspicuous. It has also been shown to offer medical benefits in areas of high goitre incidence. A decoction of the leaf is reportedly given to women in labour to ease childbirth.
Email ThisBlogThis!Share to TwitterShare to FacebookShare to Pinterest
Labels: Disease and Control, Food and Nutrition, Health and fitness, Informative