What is sudden cardiac death? 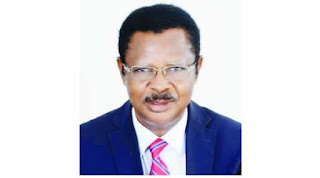 Hypertension tops the list followed by heart failure and also, thickening of the walls of the heart which is called left ventricular hypertrophy in medicine. This can result from many causes such as hypertension, sub-congenital diseases and myocardial infarction (heart attack). Heart attack means that the blood vessel taking blood to the heart is blocked. It is also one of the important causes of sudden cardiac death. So, part of the heart dies when the blood supply to it is blocked. It is one of the most important causes in the developed world.

It is catching up in our own part of the world but not as much as in the developed world. For the respiratory diseases, the one that comes easily to mind is acute bronchial asthma. Severe bronchial asthma can definitely lead to sudden death including blockage of the blood vessels going to the lungs referred to as pulmonary embolism.
Diseases of the central nervous system, especially the brain, can also lead to sudden cardiac death especially sudden bleeding in the brain due to abnormal blood vessels which can be congenital (before birth) or acquired (developed along the line). The most obvious cause is severe chemical or drug poisoning. If somebody either intentionally or accidentally takes a dangerous chemical, the person will, of course, die suddenly. This is in addition to drug overdose which can be intentional or accidental.

What are the symptoms that can lead to sudden cardiac death?
By definition, the person is not supposed to have any symptom until one hour before the outset of cardiac death but as can be seen from the causes of sudden cardiac death, there is always some subtle abnormality that is present which is ignored by the doctor, individual or society. However, nobody is to blame. Some of these symptoms are common in the environment that they can always take people to the theatre and start exploring the heart or the brain but generally, the symptoms that precede sudden cardiac death include sudden outset of breathlessness. This can occur either from heart failure or from pulmonary embolism. Breathlessness is a very important symptom leading to sudden cardiac death.
Then, chest pain is also an important symptom. Also, palpitation is an important symptom and also dizziness and feeling faint are also symptoms. These symptoms are usually recognised one hour before the outset of the death but sometimes they have been present for a long time in the body but it is usually ignored.

How can it be prevented?
Most causes of sudden cardiac death are known after the person has died. Post-mortem study will reveal the causes but that is medicine after death as the person has already died. There are even some cases where the post-mortem study is done and no abnormality is seen and this is usually due to abnormal heart beats which usually develops suddenly or the person may have had it for a long time. In terms of prevention, there has to be screening for all these diseases that have been mentioned. The screening differs from those less than 35 years and those above 35 years. Most of the time, in children and young adults, most of the diseases can be traced to congenital heart disease which was not recognised.

Some of these things can be picked up through screening before they start to cause problems because some of them are so subtle that they might not be clinically apparent unless the individual is challenged. This is where physical exercise comes in. Physical exercise can unmask these abnormalities in the individual and the person may collapse during physical exercise. For the elderly, screening is also important but with those that are older, exercise is a double-edged sword. Exercise improves cardiac status and prevents most of the cardiac diseases but on the other hand, if somebody already has a cardiac disease, it can make the individual die suddenly.

Generally, people do not go and screen themselves for heart disease and it is very important to do so. This is where medical insurance would have been very good because with insurance, one is forced to do those tests whether they like it or not but unfortunately, that is not the case for us at this point. There are also some occupations that are prone to sudden cardiac death. Those that work in high pressure jobs can be prone to sudden cardiac death.

What ages are prone to sudden cardiac death?
All ages are prone to sudden cardiac death even infants. For the infants, it is usually due to respiratory diseases or immaturity of the respiratory system. Any small issue can push them to sudden death, in children, they breathe mainly with their abdominal muscles; if they lie face-down, it is going to put pressure on the abdominal muscles and they would not breathe very well and can die suddenly. This is why they are usually placed on their side or on their back. Positioning matters a lot in infants as their respiratory system is still immature.

What are the risk factors?
Sudden cardiac death does not just occur as there may have been certain things that may have been present that might have been ignored or undetected. Hypertension is a risk factor for sudden death and those that have it should be on regular treatment. Heart failure, diseases of the blood vessel and heart attack are also risk factors. If somebody has had a heart attack before, the risk of sudden death is higher. Other risk factors include bronchial asthma, abnormal heart beats, drug addiction, depression, suicidal tendencies and even overworking.

For children, it is mainly congenital heart diseases and any of these things should be aggressively treated.

What are the myths and misconceptions about sudden cardiac death?
Well, you can trust our people. Once somebody dies suddenly, they believe that it is the enemies that have done it. We are not in the habit of doing post-mortem studies in Nigeria; it is not easy to tell what actually killed the person. People normally attribute it to enemies or juju.
Email ThisBlogThis!Share to TwitterShare to FacebookShare to Pinterest
Labels: Disease and Control, Health and fitness, Informative, Medical, Questions and Answers