Ethiopia, Eritrea sign statement that war ‘has come to an end’

Ethiopia and Eritrea are no longer at war, the neighbours said in a joint statement Monday, a day after their leaders held a historic meeting in Asmara.
Quoting from a “Joint Declaration of Peace and Friendship,” Eritrean Information Minister Yemane Gebremeskel said on Twitter the “state of war that existed between the two countries has come to an end. A new era of peace and friendship has been ushered (in).”

He said the agreement was signed by Ethiopian Prime Minister Abiy Ahmed and Eritrean President Isaias Afwerki on Monday morning at state house in Asmara.

Images of the ceremony showed the two men sharing a wooden desk, backed by their nations’ flags, as they simultaneously signed the document.

The declaration echoed comments made by Abiy at a dinner hosted by Isaias late Sunday, where he said diplomatic, trade, transport and communications ties would be re-established and borders re-opened.

“We agreed that the airlines will start operating, the ports will be accessible, people can move between the two countries and the embassies will be opened,” Abiy said.

“We will demolish the wall and, with love, build a bridge between the two countries,” he said.

Abiy left Asmara after signing the joint agreement on Monday.

The flag representing the State of  was adopted on 5 th of December in 1995 and the coat of arms was adopted on the 24 th of May. The Eritrea Flag comprises of three triangles of green, blue and red color. There is a yellow wreath with an upright branch in the center and this whole motif is placed in the hoist-side of the red triangle. The green, red and blue color of the Eritrean Flag is similar to the flag of the Eritrean People's Liberation Front that has a yellow star at the hoist instead of the yellow wreath. The green color in the Eritrean Flag symbolizes the agricultural economy of the country. Red stands for the struggle and sacrifice of the nation's freedom movement. The color blue represents the bounty of sea that is found in .

Eritrea, an independent state in Africa, bounded on the east by the Red Sea, on the southeast by Djibouti, on the south and west by Ethiopia, and on the north and northwest by Sudan. Formerly under Italian and British control, Eritrea was taken over by Ethiopia in 1952, provoking a long war of liberation that culminated in Eritrean independence in 1993. 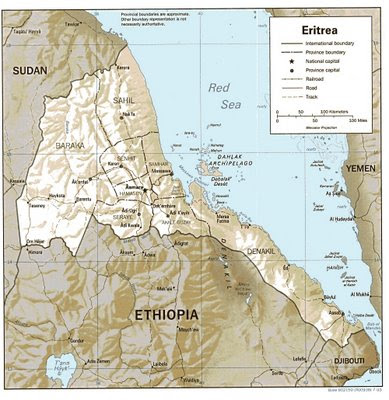 Eritrea covers an area of 121,144 sq km (46,774 sq mi). Its topography consists of four types of land surface: the Red Sea coastal plain; the south central plateau highland, which forms the core of the nation; the hill country of the north and midwest; and the broad western plains. The Red Sea coast stretches more than 1,000 km (600 mi), and it is from this body of water that the country derived its name (Erythraea, Greek for red). The narrow coastal plain receives little rainfall and is extremely hot. The Denakil Depression in the southeast falls below sea level and has been the site of some of the highest temperatures recorded on earth. To the west, the coastal plain rises sharply to the highland plateau, where altitudes range from 1,830 to 2,440 m (6,000 to 8,000 ft) above sea level and annual rainfall is significantly higher than at the coast. The hill country north and west of the core plateau ranges from about 760 to 1,370 m (about 2,500 to 4,500 ft) above sea level, and it generally receives less rainfall than the plateau. The broad plains lie to the west of the Baraka River and north of the Setit River.

A number of rivers drain the plateau and highland regions. The Mereb (or Gash), the Baraka, and the Anseba flow from the plateau west into Sudan, while the Falkat, Laba, and Alighede flow from the northern highlands to the Red Sea.Eritrea's resources have supported a largely agricultural way of life. The nation possesses potentially valuable potash deposits and possibly gold, iron, and petroleum, but exploration and exploitation of its mineral resources were severely hindered by three decades of war. 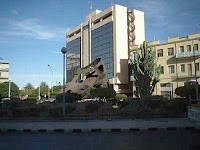 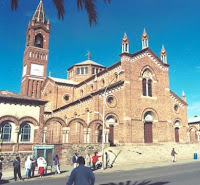 Eritrea's population is diverse, reflecting many languages, cultures, and religions. The most widely used languages are Tigrinya, Tigre, and Arabic. Approximately half the population are Tigrinya-speaking Christians who traditionally inhabited the core plateau. Half the population are Muslims, but these are divided among several ethnic and linguistic groups. Muslim Tigre speakers inhabit the northeastern coastal plains and western lowlands, and the Saho live near Massawa and in the foothills of the coastal plain. The majority of the Bilen -speaking people around Keren are Muslims, as are the Afar or Denakil who speak Afar and inhabit the southeastern portion of the coastal plain and the Dahlak Archipelago. The Hedareb nomads of the northwest and northeast are predominantly Muslim. The Baria and Kunama of the southwest are also Muslim, although they speak Nilotic languages. This distinguishes them sharply from the majority of Eritrean peoples, whose languages fall within the Afro-Asiatic group (see African Languages). Despite ethnic diversity, friction between Eritrean groups has not been a major problem because most groups remained united during the three decades of war against Ethiopian control. 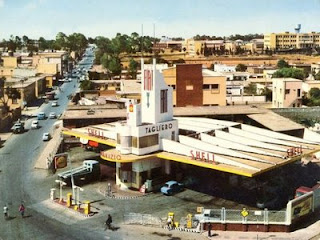 Traditionally, agriculture was the norm in the plateau region and in the north and west where rainfall was sufficient. In the drier coastal plain and the arid regions of the north and west, livestock raising predominated. Italian and British colonial policy in the 19th and early 20th centuries favored the production of raw materials for export. During this period, light industry was developed. By most accounts, Eritrea enjoyed a higher level of economic development than Ethiopia at the time of the 1952 federation. Ethiopia's annexation of Eritrea caused industrial expansion to be curtailed, and many factories were closed and moved to Ethiopia. After 1974, the Marxist government of Ethiopia placed most Eritrean industry under state control.


An international airport is located in Asmara. A single, government-owned radio station serves Eritrea, and television service was initiated in 1993 for Asmara. The government publishes the newspaper Hadras Eritrea (New Eritrea) in Arabic and Tigrinya.
Following the liberation of Eritrea from Ethiopia in 1991, the Eritrean People's Liberation Front (EPLF) took over control of administration but agreed to hold a referendum on independence. The electorate approved independence in April 1993, and a four-year transitional period was declared to prepare a constitution. A May 1993 decree set up a formal transitional government under EPLF control. This provided for a National Assembly, a president, and council of ministers. Isaias Afwerki, secretary general of the EPLF, was formally elected president by the National Assembly in June 1993. 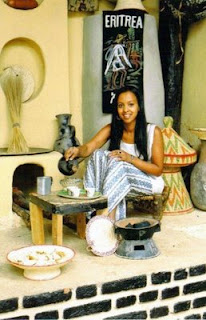 A new constitution was approved in 1997. Under this constitution, the National Assembly is the country's legislature. Its members are popularly elected to five-year terms. A president, elected by the National Assembly to a five-year term, renewable once, serves as the head of state. The Supreme Court is the highest judicial body; its judges are appointed by the president.Eritrea is divided into six regions

for administrative purposes. These regions are under the control of administrators appointed by the president. The main political parties in Eritrea are the former EPLF (renamed the People's Front for Democracy and Justice, or PFDJ) in 1994, the Democratic Movement for the Liberation of Eritrea, and the Eritrean Liberation Front (ELF).