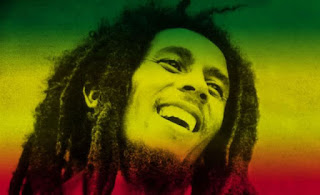 Jamaica is bidding to have reggae music admitted to a list of global cultural treasures worthy of protection, the UN’s cultural agency UNESCO announced on Tuesday.

Paris-based UNESCO keeps a list of so-called “intangible heritage” found around the globe, which groups together traditional cultural practices such as horse games in central Asia to pizza-making in Naples.

Jamaica has asked for reggae to be added this year at a meeting of the UN agency on the island of Mauritius, where 40 proposals are set to be considered from November 26 to December 1.

So far, 399 examples of world heritage including dances, food-making practices, boat-building, games, festivals and even coaxing rituals for camels in Mongolia have been added.

A successful application is largely symbolic, but can serve to raise the profile of the country and the practice.

Other applications this year have been filed for the Irish game of hurling, the making of perfume in the French town of Grasse, and traditional wrestling in South Korea known as Ssireum.

Reggae emerged in the late 1960s in Jamaica and quickly become a global phenomenon thanks to singers such as Bob Marley and Jimmy Cliff and the famed producer Lee “Scratch” Perry.

Ras Kimono, a giant of Nigerian music for over three decades, has passed away. He died yesterday morning. Born on May 9, 1958 to parents from Delta State, he recently celebrated his 60th birthday amidst fanfare.
Respected for being a dogged fighter and stickler to perfection, the late musician, performed with top reggae artistes such as, Shaggy, Shaba Ranks, Lee Perry, the late Lucky Dube, Culture, Inna Circle, Steve Wonder, Eve and K.C. and JoJo and a host of others.

He developed his own style of root reggae music that skillfully blended his African roots with classical Jamaican rhythm. This unique genre took him out of the country, where he played in major concerts in the United States, England, Italy, Kenya, Ghana and Papua New Guinea where his Benson and Hedges stadium concerts attracted a record average of 45,000 people per concert.

The last time he visited The Guardian office; he brimmed in confidence, promising to change the trend of music in the country.

He was dressed in a white top, with green, black, yellow and white stripes. He had a blue jean trouser, with brown trainers. His beret was green, yellow and red. He had eyeglasses on. Looking every inch younger, except for the frame that had grown heavier.

"Our music is growing. My only disappointment is that nobody is playing live music anymore. Everybody is miming and that's not good for professional instrumentalists in the music industry," he said.

He continued, tThe problem with youths here is that they are always looking for easy way out to make quick money. Sometimes, you will see young guys come up to say to you, 'uncle I'm into music'. He gives you what he has done, and you will be surprised that the music has no quality, and that it is not done out of passion, but just for the money. They are always seeking easy money and fame. Since there is easy access to laptop and keyboard, you can programme what you want to. To make it worse, a lot of TV stations play these songs. You are now forced to ask what is National Broadcasting Commission doing and why there are no Not To Be Broadcast (NTBB) tag on them. Some of the lyrics are vulgar and are played on air and NBC is not doing anything about it. In the US, there are club versions and radio version. They just do one version and this is what is played on air. Easy lyrics. Some of the youths, who play this music don't have conscience. Give them four to five years and they will fade out completely."

Former CIA agent Bill Oxley has confessed on his deathbed to assassinating Bob Marley on behalf of the government.
A 79-year-old retired officer of the CIA, Bill Oxley, has made a series of stunning confessions since he was admitted to the Mercy Hospital in Maine on Monday and told he has weeks to live. He claims he committed 17 assassinations for the American government between 1974 and 1985, including the music icon Bob Marley.

Mr. Oxley, who worked for the CIA for 29 years as an operative with top-level security clearances, claims he was often used as a hitman by the organization, to assassinate individuals who could represent a threat to the goals of the agency.

Trained as a sniper and marksman, Mr. Oxley also has significant experience with more unconventional methods of inflicting harm upon others, like poisons, explosives, induced heart attacks and cancer.

The 79-year-old operative claims he committed the assassinations between March 1974 and August 1985, at a time when he says the CIA “was a law unto itself.” He says he was part of an operative cell of three members which carried out political assassinations across the country and occasionally in foreign countries.

Most of their victims were political activists, journalists, and union leaders, but he also confesses to assassinating a few scientists, medical researchers, artists and musicians whose ideas and influence “represented a threat to the interests of the United States.”

He claims he had no problem with going through with the assassination of Bob Marley, because “I was a patriot, I believed in the CIA, and I didn’t question the motivation of the agency. I’ve always understood that sometimes sacrifices have to be made for the greater good.”

Meet the Rastafarians who returned to the ‘Promised Land,’ Ethiopia

EVEN today, long after the fall of the Dergue, Selassie remains a controversial figure in Ethiopia, and many look askance at the Rastafarians who venerate him.

There are people who have extreme love for Selassie, the modernising leader who did so much for the country, but others say he was a representative of a colonial empire, was enamoured by the opulence of Europe and did not lead the country in an equitable way,” says MacLeod.

There have been other problems too.

One is “ganja” – marijuana – considered a herb of religious significance by Rastafarians, who sometimes refer to it as the “wisdom weed” or “holy herb”.

In Ethiopia, by contrast, it is regarded as a dangerous drug, comparable to heroin or cocaine, says MacLeod. Ethiopian police sometimes raid the Rastafarian settlement at Shashamene to search for it, she says – even though khat, a stimulant leaf that is widely chewed in the country, is held by some experts to be more harmful.
It is also unfortunate that the land granted by Selassie is located in a region populated by the Oromo people, who say they have been oppressed for years by Ethiopia’s dominant Amhara commnity, to which Selassie belonged.

According to MacLeod, Selassie was for the “Amharisation” of Ethiopia.
On the local level, in Shashamene, the Rastas support the emperor, who, in the eyes of the Oromo people, represents a coercive central power,” agrees Dr. Giulia Bonacci, a Rastafarian researcher from the Institute of Research for Development, based in Addis Ababa.
“In a region still marked by a history of alienation from land and economic and social dominance, symbols of imperial power are not appreciated.”

The Rastafarians have, up to a point, integrated with the local Ethiopian population. Some have married Ethiopians, but on the whole these Ethiopian partners have not adopted the Rastafarian faith.
“She don’t fight me about my faith. I don’t fight her. She’s a Protestant,” says Vincent Wisdom, a Rastafarian man with an Ethiopian wife. None of his five children share his faith either. “Two of them are Orthodox and one of them is Protestant; the others are too small,” he says.

MacLeod has met only one Ethiopian, Naod Seifu, who has converted to Rastafarianism.
“I used to have dreadlocks but I have to trim them to work,” he told her. “In Ethiopia having dreadlocks is taken as bad behaviour and inappropriate.” He added that any Ethiopian who believed the king was divine was regarded as “mad”.

The main Rastafarian sects or “mansions”

•Nyahbinghi – the oldest of all Rastafarian orders. The name is derived from Queen Nyahbinghi who ruled Uganda in the 19th century and fought against the British Empire. They were the first to proclaim Emperor Haile Selassie as the incarnation of the supreme deity. The Nyahbinghi pushed for repatriation to Ethiopia.
Read more...
No comments:
Email ThisBlogThis!Share to TwitterShare to FacebookShare to Pinterest
Labels: Ethiopia, Jamaica, Rastafari
Older Posts Home
Subscribe to: Posts (Atom)