Five mistakes you make while charging your phone 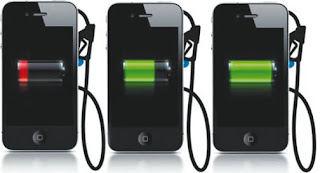 Many phone users tend to complain that their device's batteries discharge quickly. They also typically blame the product manufacturer for this issue. However, the manufacturer isn't always at fault. Here are five mistakes that users typically make when charging their phones:

Waiting for the battery to reach low levels before charging
Avoid waiting for your battery to reach a critically low level before charging. The effect of this on the phone battery is not immediate, but over time it begins to manifest and it eventually stresses out the phone battery (yes, batteries get stressed too) and shortens the battery life. Think of your battery as a human body, you really don't need to wait until you're about to die before you rest and eat to recharge yourself.

Charging your phone overnight
The least you will sleep throughout the night is most likely going to be between five to eight hours, and your smartphone battery typically only needs two to three hours to fully charge. Charging your phone overnight constantly stresses the battery each night. Sooner than later, your phone is likely to have battery problems. In addition, the temperature rises when the battery is overcharged. So, apart from shortening battery life, it can also threaten user's safety in the event it quickly heats up and explodes. It is better to charge your phone before you sleep and switch it off while sleeping to preserve the battery till the next day.

Plugging whatever charger fits
This, especially applies to smartphones. Most smartphones users use a micro USB as charger and for this reasons, most people tend to switch and swap chargers since they fit into and work on their phones. However, this is not appropriate and in the end, it can negatively affect your phone battery. The fact that most smartphones have the same micro USB doesn't mean all chargers and phones are compatible. Some chargers function differently and that difference can be detrimental to your device if care is not taken.

Takeaway Battery
An electric battery is a device consisting of one or more electrochemical cells with external connections provided to power electrical devices such as flashlights, smartphones and electric cars. When a battery is supplying electric power, its positive terminal is the cathode and its negative terminal is the anode. The terminal marked negative is the source of electrons that when connected to an external circuit will flow and deliver energy to an external device.

When a battery is connected to an external circuit, electrolytes are able to move as ions within, allowing the chemical reactions to be completed at the separate terminals and so deliver energy to the external circuit. It is the movement of those ions within the battery, which allows current to flow out of the battery to perform work.

Historically, the term "battery" specifically referred to a device composed of multiple cells; however, the usage has evolved additionally to include devices composed of a single cell.
Primary (single-use or "disposable") batteries are used once and discarded; the electrode materials are irreversibly changed during discharge. Common examples are the alkaline battery used for flashlights and a multitude of portable electronic devices. Secondary (rechargeable) batteries can be discharged and recharged multiple times using mains power from a wall socket; the original composition of the electrodes can be restored by reverse current. Examples include the lead-acid batteries used in vehicles and lithium-ion batteries used for portable electronics such as laptops and smartphones.

Batteries come in many shapes and sizes, from miniature cells used to power hearing aids and wristwatches to small, thin cells used in smartphones, to large lead acid batteries used in cars and trucks, and at the largest extreme, huge battery banks the size of rooms that provide standby or emergency power for telephone exchanges and computer data centres.
According to a 2005 estimate, the worldwide battery industry generates $48bn in sales each year, with six annual growth.

Batteries have much lower specific energy (energy per unit mass) than common fuels such as gasoline. This is somewhat offset by the higher efficiency of electric motors in producing mechanical work, compared to combustion engines.
Email ThisBlogThis!Share to TwitterShare to FacebookShare to Pinterest
Labels: Educational, Gists, Lifestyle, Opportunity, Technology